The History of the Sea Shanty

We are currently learning our very first Sea Shanty, ‘The Wellerman’ (Origin – New Zealand, circa 1860)

Sea shanties are traditional songs originally created and sung by sailors at sea. They first came about in the 1800s when sailors or merchant navy harbour workers would sing as they loaded ships or waited for ships to arrive.

The shanty would usually be sung during manual labour, especially when the actions were very repetitive. It was often used during tasks such as raising the sails or hauling ropes. The rhythm of the shanty helped synchronise the linked tasks of each person involved in the process. This would ensure that the pace wouldn’t slow down and everyone was doing everything at the correct time. And it also helped to keep morale up.

‘The Wellerman’, or ‘Soon May the Wellerman Come’ as it is sometimes known, is a sea shanty from New Zealand dating back to the mid 1800s. Wellerman is the name used for anyone who worked for the whaling company Weller Brothers, based in Sydney, Australia. The Weller brothers had established a whaling station in the Otago Peninsula, which is in the far south of the South Island of New Zealand. The ships would take goods between Australia and the Otago Peninsula. The Weller Brothers also had a series of smaller ships used for whaling.

The song's lyrics describe a whaling ship called the ‘Billy o' Tea’ and its hunt for a right whale and the epic ‘forty days and even more’ it took to land it. The thought of the ‘Wellerman’ coming with the supplies of luxuries such as ‘sugar and tea and rum’ keep the crew strong during the long toil at sea. The song reflects just how hard it was to bring a whale to shore.

In the last two lines of the chorus, the crew are looking forward to the time, ‘when the tonguin’ is done/We’ll take our leave and go’. This refers to the practice of stripping blubber from beached whales. The whalers know that when that happens, they can leave. And not only that: their necessities and luxury goods will be on shore waiting for them: ‘Wellerman makes his regular call/To encourage the captain, crew and all’.

In early 2021, Scottish singer and postman, Nathan Evans became a viral hit on the social media site TikTok. He released his own version of the sea shanty and the song entered the charts at number 3 before rising to number 1.

Coming at time of a global pandemic meant that he not only had a captive audience, but that many of the young TikTok users could see the similarity between their lives in lockdown and isolation and those of the whalers and sailors two centuries ago.

We’ll be singing it at our Harmony Belles Platinum Jubilee Concert on Saturday 9th of July as a hit from the 2020s decade. 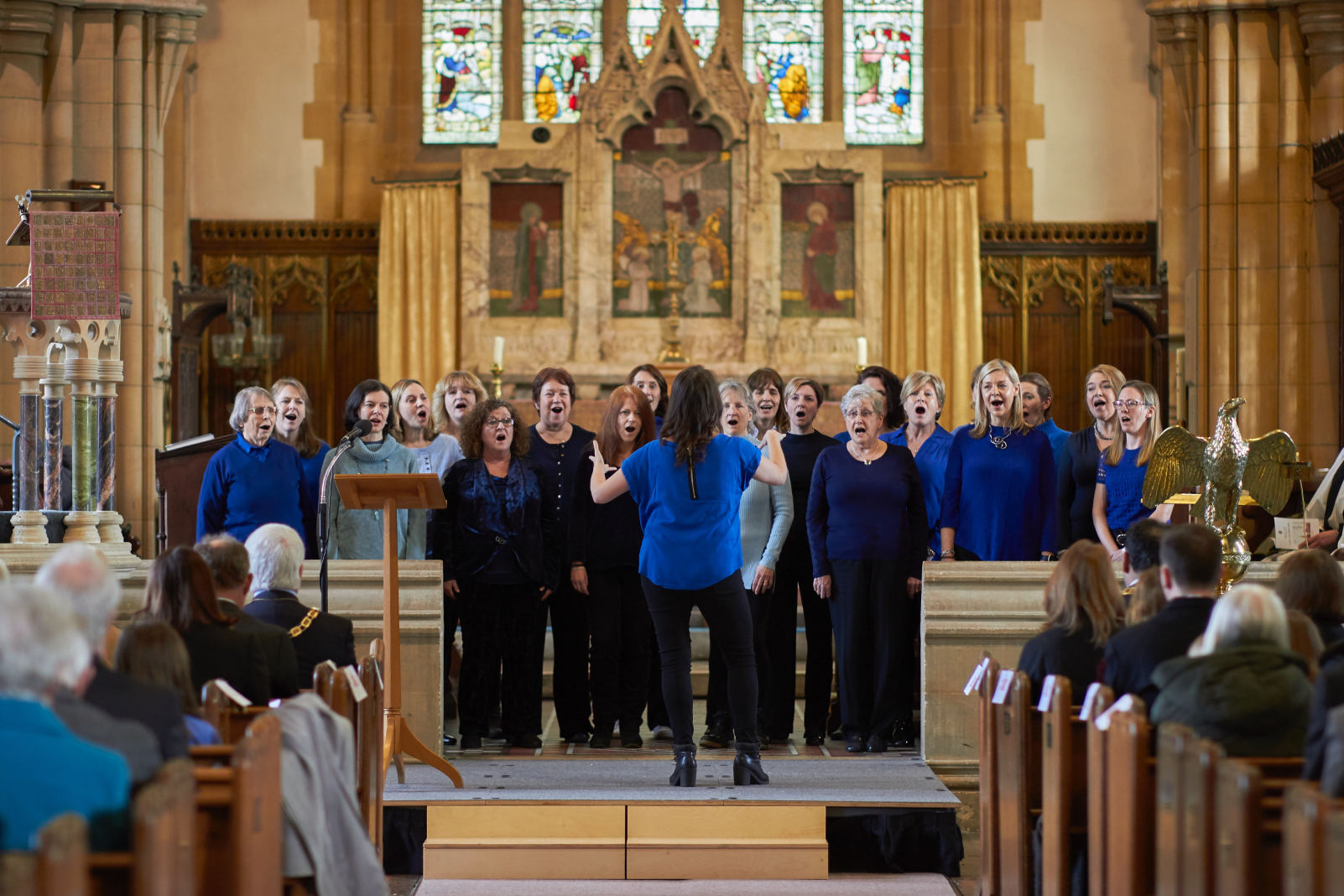 The Power of a Choir: What makes singing together so special

“Some people will always be deaf to the beauty of your song. Don’t stop singing.” Trudi Jane‍. There are many physiological and psychological benefits to music. Whether you play an instrument or sing, or just love listening to music, there is no doubt that music making exercises the brain as well as the body. Click to read more